Trophy From Ukraine War – Donate for the Noble Cause

In an abrupt escalation of the ongoing Russo-Ukrainian War, the Russian Federation invaded Ukraine on February 24, 2022.

Airstrikes and bombings were carried out in the Ukraine capital and other areas as Russian tanks crossed the border. Moscow claimed that they were only firing at military targets, so it anticipated that the so-called “special operation” in Ukraine would be quick and successful. However, from the beginning of the war, information about civilian casualties began to emerge.

From the beginning of the war, people were forced to hide in basements because of the constant bombardment; then, in the hope of returning soon when it would be safe, they started leaving their homes in large numbers. Tens of thousands of refugees entered neighboring nations after crossing the border.

As you are aware, our Ukrainian armed forces are bravely resisting the Russian invaders. Step by step, we are liberating every square meter of our land, despite the Russian army’s ongoing bombardment of civilians.

The truth is behind us as we fight for our independence, our people, and our land!

We decided to work together with a group of volunteers from Ukraine to make a truly one-of-a-kind artifact, a piece of history!

We decided to melt down and create a one-of-a-kind trophy item that is worthy of being on par with museum exhibits after collecting metal from destroyed Russian military equipment. At the moment, we have armor from Russian military tanks T72, T90, helicopter K52, and bomber Su 35. We call them history trophy tokens!

Tokens made from the iron of combat Russian vehicles that were shot down on a Ukrainian battlefield. Check our Special Collection here.

Take ownership of a one-of-a-kind historical trophy made from a Russian combat machine that has been destroyed.

It is crucial that a portion of our donations go to our charity foundation, which helps those who have lost their homes due to war.

Unlock Your Potential with an MBA in Islamic Banking and Finance!

Remember these points that affect your personal loan...

What Are The Possible Causes of Disconnecting Of... 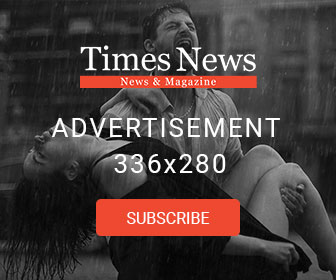